Our Story began many years ago and we've captured some of it below from present to the day that God began to write it.

Grace Church Monterey Bay as we are now called, grew out of a partnership with Grace Church of the Valley(GCV). Our pastor, Dominic Avila, was called and sent to us from there. The leadership of GCV wholeheartedly approved Dominic's new calling and played a large part in setting the stage for the beginning of this new work of the Lord!

Listen to that story, and hear the special service given to install Pastor Dom in the videos below and praise God with us for how He is at work on the Monterey Peninsula! 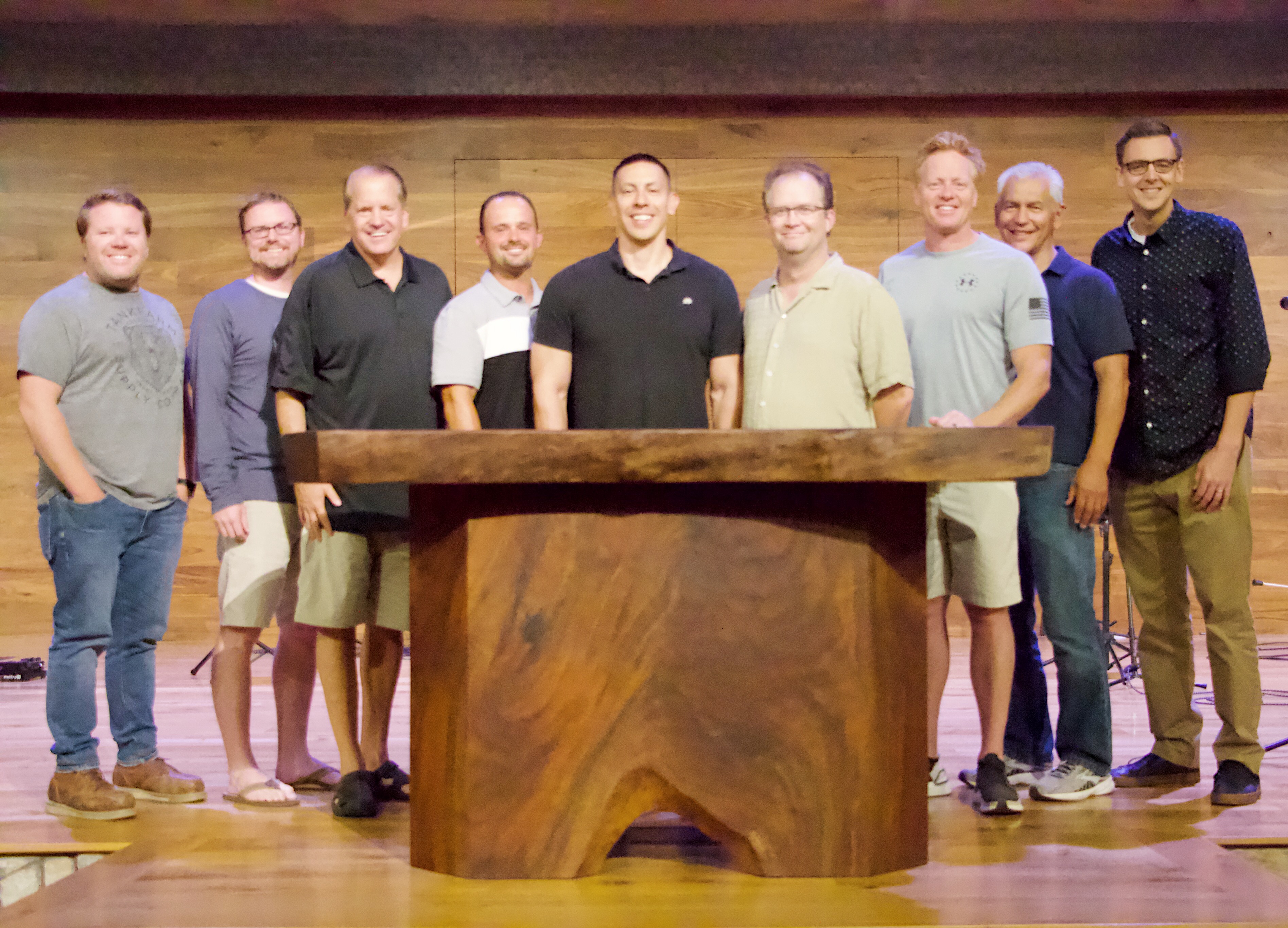 Pictured above are the leaders from both churches, GCV and GCMB. Below is a video of the process of how it all came about.

November 2019 - The existing leadership and members of Seaside First Baptist Church officially changed the church's name to Grace Church Monterey Bay as part of a revitalization and rejuvenation partnership with Grace Church of the Valley in Kingsburg, California. A new name, a new lead pastor, Dominic Avila, and a renewed vigor for glorifying God on the Monterey Peninsula has rekindled a quieted flame. Watch the Installation service here...

October 2003 -The church held a 50 year celebration. Many former pastors and members were able to attend. The luncheon for this event was held at the Boys and Girls Club on La Salle Ave.

November 9, 1958 - The first church service was held in the Chapel building, though it was far from completed. Seaside First Baptist Church supported these missionaries during its early years: Dewey and Edith Mulholland, Brasilia Seminary; Mel and Mary Lyons, Africa; Lorne and Betty Lou Ferguson, Zambia; William and Shirley Portis, Italy; Richard and Louise Madsen, Congo; Joe and Margaret Meeko, Japan Many other missionaries have been supported over the years as well as Victory Mission in Salinas. Additionally, SFBC has continued to support military families as they come through the area through the local military schools.

October, 1951, Articles of Incorporation for First Baptist Church of Seaside were drawn to meet legal requirements for the eventual securing of property. The signers were D.N. Clinton, and Mr. & Mrs. Glenn Yarnell. In December, 1952, an acre of land was found and a deposit made. The necessary papers were executed and the land was purchased. Mid-Summer of 1953 work was under way on an education building.

December 23, 1957 - The title to the Chapel was obtained for the sum of $200.00. Work was started immediately to bring the Chapel to the church property. Feb. 1958, this move was accomplished.

February 7, 1954 The first section of the building was opened for Sunday School. The attendance was 72. Three servicemen helped conduct morning services: Lt. James Wilson, USN, Pvt. Lorne Ferguson, and Pvt Howard Young. July 1954, an office building was bought from the Del Webb Construction Co., and moved to the church property. Total cost of the building and moving was $1,880.00. February 1, 1956, the Board of Trustees, D.N. Clinton, H.G. Hamilton, A.R. Pina, Kenneth Hastey, Paul Lytle and Herbert Carper, invited Dr. Ralph Mulholland to become pastor of FBC, Seaside. Dr. Mulholland was instrumental in establishing the work here. Previously he had been pastor of FBC Monterey for 8 years. Later that month an additional two acres of land was secured. During the remainder of 1956 the Sunday School building was opened and the office building revamped for a parsonage. First Baptist Church of Seaside, CA was formally organized on January 9, 1957, and the first annual business meeting was held. May 1957 another one-third of an acre was bought. In October of 1957, there was a call to prayer concerning the procurement of an army Chapel from Ft. Ord. Said Chapel had been damaged by fire and was to be disposed of.